The Battle of Wizna (Polish Thermopylae) – Where few stopped an army

On September 7, 1939 began one of, if not the, most heroic battles of Polish Defensive War - Battle of Wizna, also known as Polish Thermopylae. 700-800 Polish soldiers with 6 76 mm guns, 42 MGs and 2 anti-tank rifles defended a fortified line for three days against 42 thousands of German soliders, 350 tanks and 600+ mortars and howitzers with aerial support. Last bunker surrendered on September 10.
Nazi forces were commanded by general Heinz Guderian, who created concept of blitzkrieg. Polish defense was commanded by captain Wladyslaw Raginis, who have pledged that he would not leave his post alive. He survived till the end of the battle, still commanding last bunker, although heavy wounded. At the noon of September 10 general Heinz Gunderian threatened that all Polish POWs would be executed if bunker did not surrender. Capitain Raginis thanked all his soldiers for fulfilling their duty and then gave order to leave the bunker and surrender. After they did that, he himself kept his promise and committed suicide by throwing himself on a grenade.Among Polish soldiers, only 70-80 survived, among them 40 were captured. Some of them were then killed by Nazis. German casualties are unknown. Gunderian wrote in his diaries that he lost 900 soldiers, but numbers were probably understated. At least ten tanks were destroyed.
For many years this heroic battle was nearly forgotten, but nowadays it is known more and more both in Poland and outside of it. One of more famous homages is song 40:1 by Swedish metal band Sabaton. 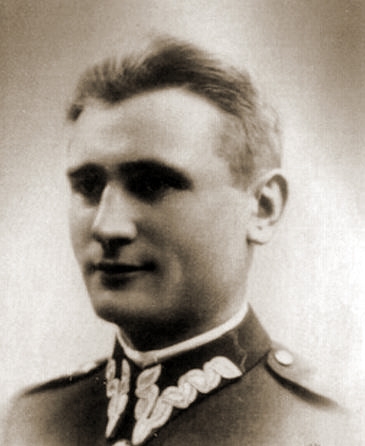